Exhibition: “Reaching the dream. The Kosciuszko Foundation and its Polish founder” 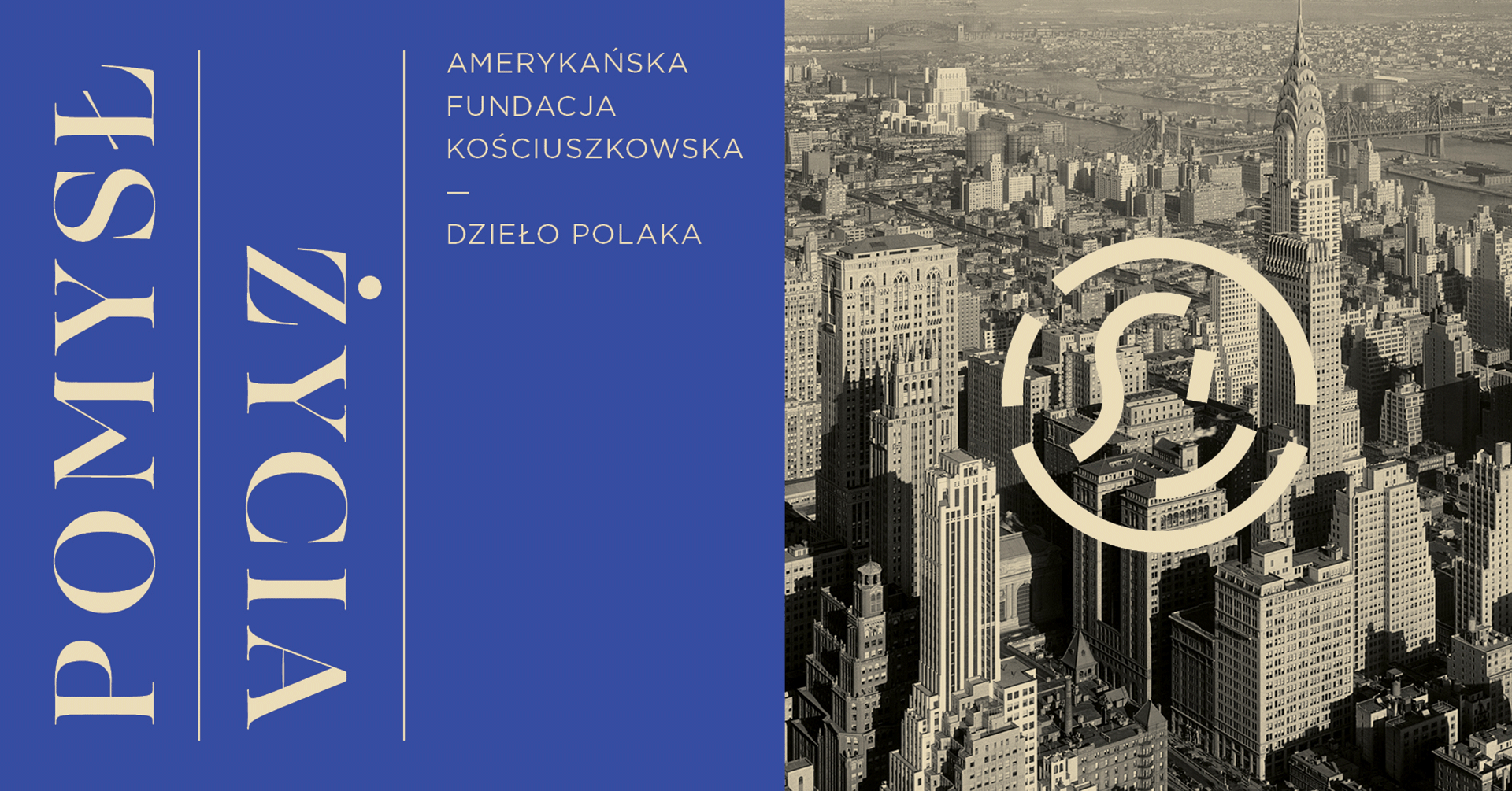 On July 3, 2022, the Casimir Pulaski Museum in Warka is opening a new temporary exhibition entitled "Reaching the dream. The Kosciuszko Foundation and its Polish founder."

The biographical and historical retrospective has been designed to feature one of the most prominent Polish-American activists, founder of the Kosciuszko Foundation in New York–Stefan Mierzwa, also known as Szczepan Mierzwa and Stephen Mizwa (1892–1971).

Exhibition Curator Dr. Anna Rudek Śmiechowska summed up the raison d'être of the exhibition with the following words: "The story of almost every person is made up of risks or the avoidance thereof in decision making. Some of them are simple and based on choices regarding ordinary life, such as running errands, with others being more complex, building the history of society and the world. History is full of stories about brave, lucky people who followed their ideals and achieved their goals, seizing the opportunities that would appear before them. This is precisely the life story of a Pole–Stefan Mierzwa–who moved to the United States to receive an education and subsequently established the Kosciuszko Foundation–one of the most recognizable Polish organizations in the United States."

The very idea of commemorating Stefan Mierzwa was born as early as in 2017, during the Polish-American research conference entitled "Poles in America," organized to celebrate the 50th anniversary of the Casimir Museum Museum. In her paper "Stefan Piotr Mierzwa, Founder of the Kosciuszko Foundation in New York," Dr. Teresa G. Wójcik of Philadelphia familiarized the gathered with Mierzwa’s biography, which was as interesting as it was little known. The 50th anniversary of Stefan Mierzwa's death in 2021 and the 130th anniversary of his birthday in 2022 offered a great opportunity to commemorate his life story in an exhibition, accompanied by a catalog."The Kosciuszko Foundation was Stephen Mierzwa's life's work, and the founder himself called it ‘the great adventure of his life’", says Marian Wolicki ["Studia Polonijne," v. 8, Lublin 1984: 239]. The exhibition organized at the Museum follows the story of this great adventure and the vast range of Mierzwa's ideas that came to fruition.

Stefan Piotr Mierzwa (aka Stefan Mierzwa, aka Stephen Mizwa) was born on November 12, 1892 in Rakszawa in south-eastern Poland. His father, Paweł Mierzwa, was a weaver and farmer; his mother’s name was Zofia, née Dec. Mierzwa had 12 siblings and he was the only son to survive infancy. In 1900, his father sold their small estate and the family moved to Basznia Dolna, some 60 miles east of Rakszawa, to a slightly larger property.

Stefan, dreaming of a better life than the hard work in the countryside, would listen to colorful stories about a different world, served by an emigrant visiting the village, who came from across the ocean. Although Mierzwa did not have the money to travel to America, he decided to follow his dreams and to this end, he took a job in a tile factory. After two years, he had half of the amount needed to travel to the USA. His plan succeeded largely thanks to the financial support of neighbors and benefactors. Stefan never forgot their generosity and their example inspired him to support others in the future.

In 1910, young Mierzwa set out for the United States, taking the first steps on the journey toward his great dream. He settled in Northampton, MA. His first job involved basket weaving; later he worked in a brickyard and in a cotton mill. However, his ambitions were much greater. He was given the opportunity to get the education of his dreams, beginning with evening courses at a public school. His hunger for knowledge grew as he learned more and more. At first, he dreamed of a better profession, like a streetcar driver or a policeman. Soon after, he was accepted at the American International College in Springfield, MA. His language skills improved and his knowledge grew, so he started teaching others, which made him long for a career as a lecturer.

After graduating from Amherst College, he enrolled at Harvard University, where he earned a master's degree. Shortly thereafter, in 1921, he was offered a position as a lecturer in economics at Drake University in Des Moines, IA. Here, the idea was born to create an organization that would help Polish scientists come to the United States and organize scientific exchanges.

In 1923, he created the Polish-American Scholarship Committee, a precursor of the Kosciuszko Foundation, established in 1925. The Foundation became Stefan Mierzwa's most important goal, to which he would dedicate many years of his life, first as Secretary and Executive Director (1925–1955) and then as Chairman of the Board and Executive Director (1955–1970). For his contribution to promoting Polish-American cooperation, Stefan Mierzwa was awarded an honorary doctorate from the American International College in Springfield, MA (1932).

He was a very active member of the Polish-American community. Besides the Kosciuszko Foundation, he co-founded other Polish organizations, including the Polish Scientific Institute in America. Mierzwa visited Poland three times (in 1930, 1939 and 1962), always supporting Polish science and promoting the Foundation's mission. He and his wife spent their golden years in a nursing home in Houston, TX. He died on January 16, 1971 on American soil in Houston, TX at the age of 79.

Casimir Pulaski Museum Director Iwona Stefaniak, who initiated the exhibition, explains: "The aim of the exhibition is to remember an outstanding Pole–Stefan Mierzwa, who with his work and his way of acting opened the proverbial doors wide open for many Polish scientists and people of culture... to commemorate a man who founded one of the most recognizable Polish organizations in the USA. Although his life was not easy, it was a succession of brilliant ideas and plans serving people of science, culture, and art. Mierzwa's character, courage, knowledge, and his ability to bring people together led to the creation of an organization that has been serving Poles for almost 100 years. Although the times have changed and nowadays, there are many similar initiatives, the hard work of this modest Pole and his once-in-a-lifetime idea to create a Scholarship Fund, and then a Foundation which helps talented young people from Poland and of Polish descent continues to bear fruit."

“Reaching the dream. The Kosciuszko Foundation and its Polish founder” exhibition
July 3–August 31, 2022

organized by: The Casimir Pulaski Museum in Warka