History of the town 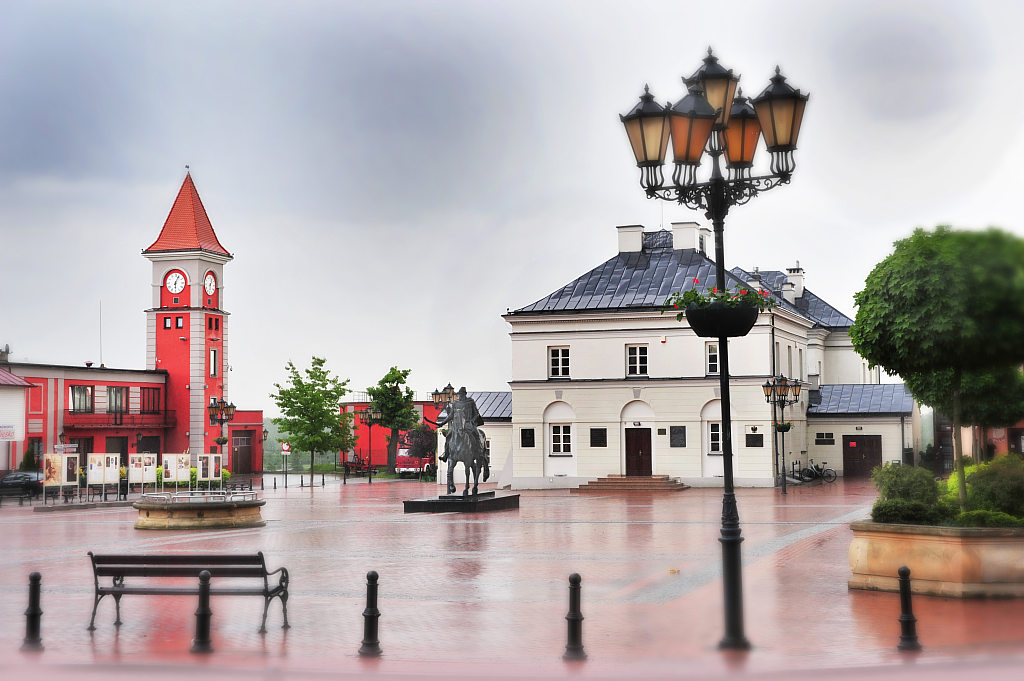 Warka is one of the oldest towns in Mazovia. Its name has never been fully explained. Some historians speak about it being derived from the Polish word 'warowac,' which means 'to guard, watch' and refers to the role Warka used to play as an early Middle Ages settlement on top of an escarpment on the Pilica River. Others see the name originate from the word 'warzyc,' which refers to brewing beer. After all, Warka was one of the biggest and earliest documented brewing towns in Poland. If it was not for the name origin, the town history would be wonderfully documented.

Several factors contributed to Warka robust development: its location on the Pilica River, rich and fertile lands, a convenient crossing on the Pilica River, its location on the communication and trading routes that passed through the town. All of the above played a role in the dynamic development of a market town, which subsequently built on its infrastructure and administration. As early as 1375, Warka had a town council, consisting of consuls and councilors, as well as a functioning town court, and Mazovian Princes took good care of it.

The 15th and 16th centuries mark Warka's greatest development. The town began to bloom as a center of artisans and trade, with cobblers and brewers leading the way. Warka beer was extremely popular. As early as 1478, Mazovian Prince Boleslaw V granted Warsaw City Councilors the exclusive privilege to sell Warka beer. In the 16th century, Warka had as many as seven churches. The number is well documented by memoirists, travelers, and church inspectors.

In the early 17th century, Warka's prosperity began to fade. The town was severely damaged during Zebrzydowski's Rebellion (rokosz Zebrzydowskiego) against King Sigismund III Vasa and later in a battle during the Second Northern War between Sweden and the Polish-Lithuanian Commonwealth in 1656. Subsequent fires added to the destruction. In 1795, following the Third Partition of Poland, Warka was ruled by Prussia, and in 1815, Warka became part of Congress Poland and was ruled by the Russian Empire.

The next years, marked by various uprisings aimed at regaining Poland's independence, left their imprint on the town. In the 1830, artillery units called 'the rocketeers' (rakietnicy) were stationed in the town. Headed by the national hero of Poland and Hungary Jozef Bem, the unit engaged in battles during the November Uprising of 1830-1831. The January Uprising of 1863 brought a series of sanctions on the town for sympathizing with rebels. Lt Col Wladyslaw Kononowicz, a head of the local rebel unit, fought numerous battles against Tsar troops in Warka environs. Lt Col Kononowicz were captured and later executed during a public execution on meadows surrounding the Pilica River on June 4, 1863.

The late 19th century, Warka regained its economic glory through its big industrial plants. In 1891, "Bracia Lubert" Construction Hardware Factory (Fabryka Okuc Budowlanych „Braci Lubert”) opened in town. Another plant, the brewery in Warka-Winiary, was still in operation and continued the artisan traditions. World War I and World War II leveled the town. German soldiers executed many residents. Warka took many long years after Poland regained its independence to rise from rubble.

Many historic figures have ties to the town. Writer and author of the oldest description of Mazovia (dating late 16th and early 17th centuries) Andrzej Swiecicki lived in the nearby village of Ostroleka. Baroque musician, composer and architect Adam Jarzebski was born here. Hero of the November Uprising Piotr Wysocki was born, lived, and died in Warka. The town gave birth to a well known medical doctor, ethnographer and writer Wladyslaw Matlakowski. However, Warka takes greatest pride in its ties to Casimir Pulaski, the Hero of Two Nations.

The Park is open daily, including bank holidays, from 7 am to 9 pm.