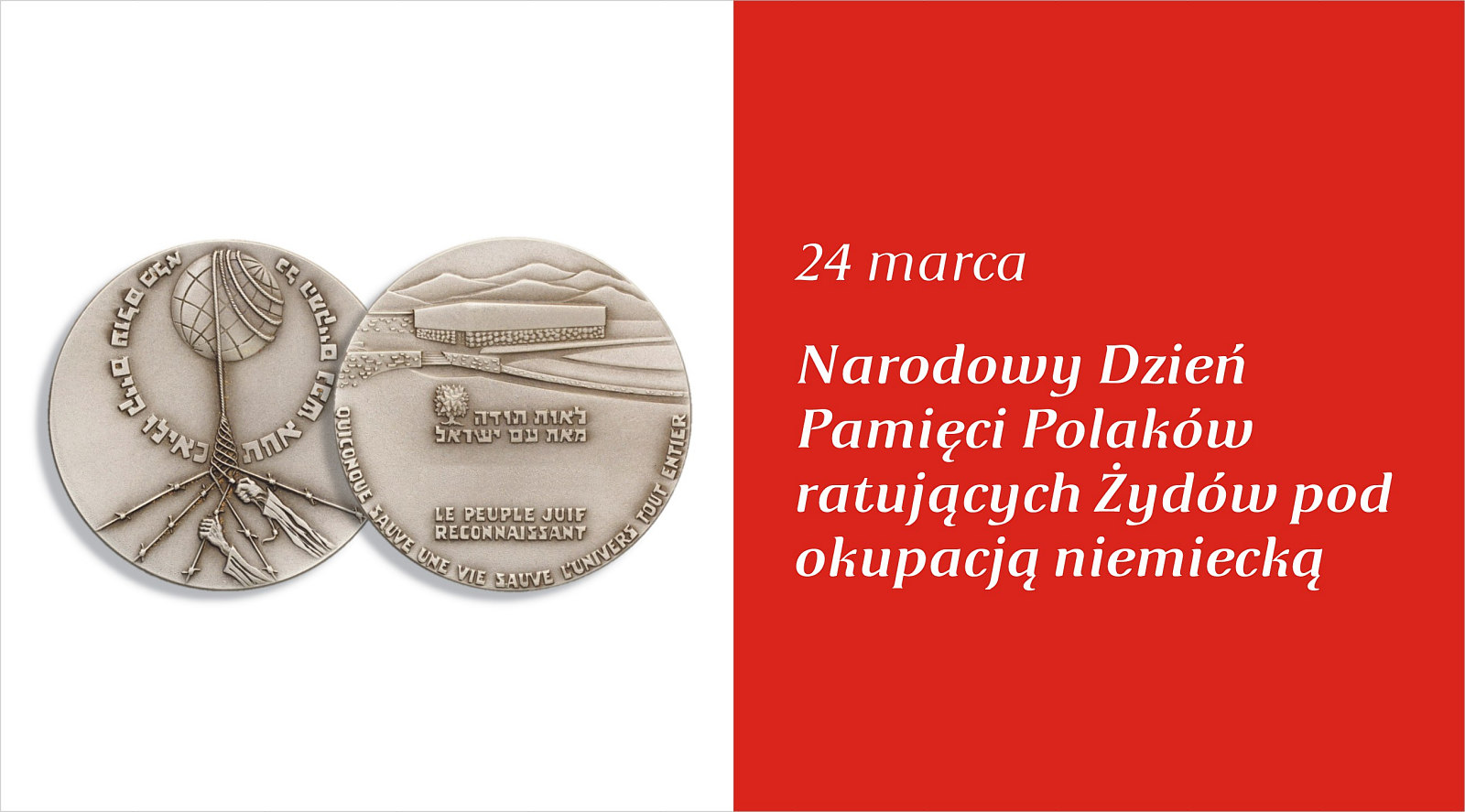 Since 2017, March 24 has marked the National Day of Remembrance for Poles who rescued Jews under German occupation. It was initiated by the President of the Republic of Poland on the anniversary of the tragic death of the Ulma family from Markowa near Rzeszów, whom Germans executed for helping Jews following a decree dating October 15, 1941, requiring the Jewish population to limit their stay in the region.

The above legal act provided for the death penalty for Poles who would decide to rescue or help Jews outside the ghetto. In light of the above, not only was the perpetrator, but also the aiding party liable. In practice, it meant that German soldiers could legally execute whole families, as it was the case with the Ulma family. At times, the army would go one step further and execute the whole town population. The draconian measures did not prevent numerous Poles from saving Jews. Under no circumstances should we forget that such individuals had to overcome the fear for their own and their families' lives.

Today, we would like to especially commemorate Aniela and Antoni Kociszewski from Niwy Ostrołęckie near Warka. During the war, they hid two young men–sons of their acquaintance Berek Scher from Warka, who had been deported to Kozienice and later to Treblinka together with the rest of his family. Lazar (Zenek) and his brother Abraham (Szyja) worked in Mniszew at a drainage construction site. When they discovered that they were to be deported, they decided to escape and turn to Antoni Kociszewski for help. The young men knew that he had made a promise to their father to help the brothers. The man offered the fugitives a hiding place, even though he was well aware of the dangers. Posters informing about the repercussions for helping Jews were everywhere to be found.

The men hid in the barn. They would spend days there, only to go out at night. The Kociszewskis took care of them, fed them, and warned them of the piling dangers. The brothers' lives were in great danger on several occasions, but they managed to survive the war, hiding from late 1942 through August 1944, when they made their way to the other bank of the Pilica River, where Russian troops were already stationed. They never forgot their saviors. The brothers went back to the Kociszewski family as early as in spring 1945 and helped them rebuild their house, which had been destroyed in the war.

After the war, Lazar emigrated to France and Abraham moved to Argentina. Years later, Lazar wrote a memoir, in which he spoke highly of Antoni Kociszewski:

"If it were not for this man, my brother and I would not have survived the war. To save us, he risked his own life and the life of his entire family.“

Aniela and Antoni Kociszewski were not the only individuals to help the Scher brothers. They were also attended to by Mr. and Mrs. Urbański, Mr. Anuszkiewicz, Mr. Górka, and Mr. Sobota. The local priest and town head are likely to have known about the young men staying with the Kociszewskis. Neither of them betrayed their secret.
In 1993, Israel awarded Aniela and Antoni Kociszewski the title of Righteous Among the Nations.