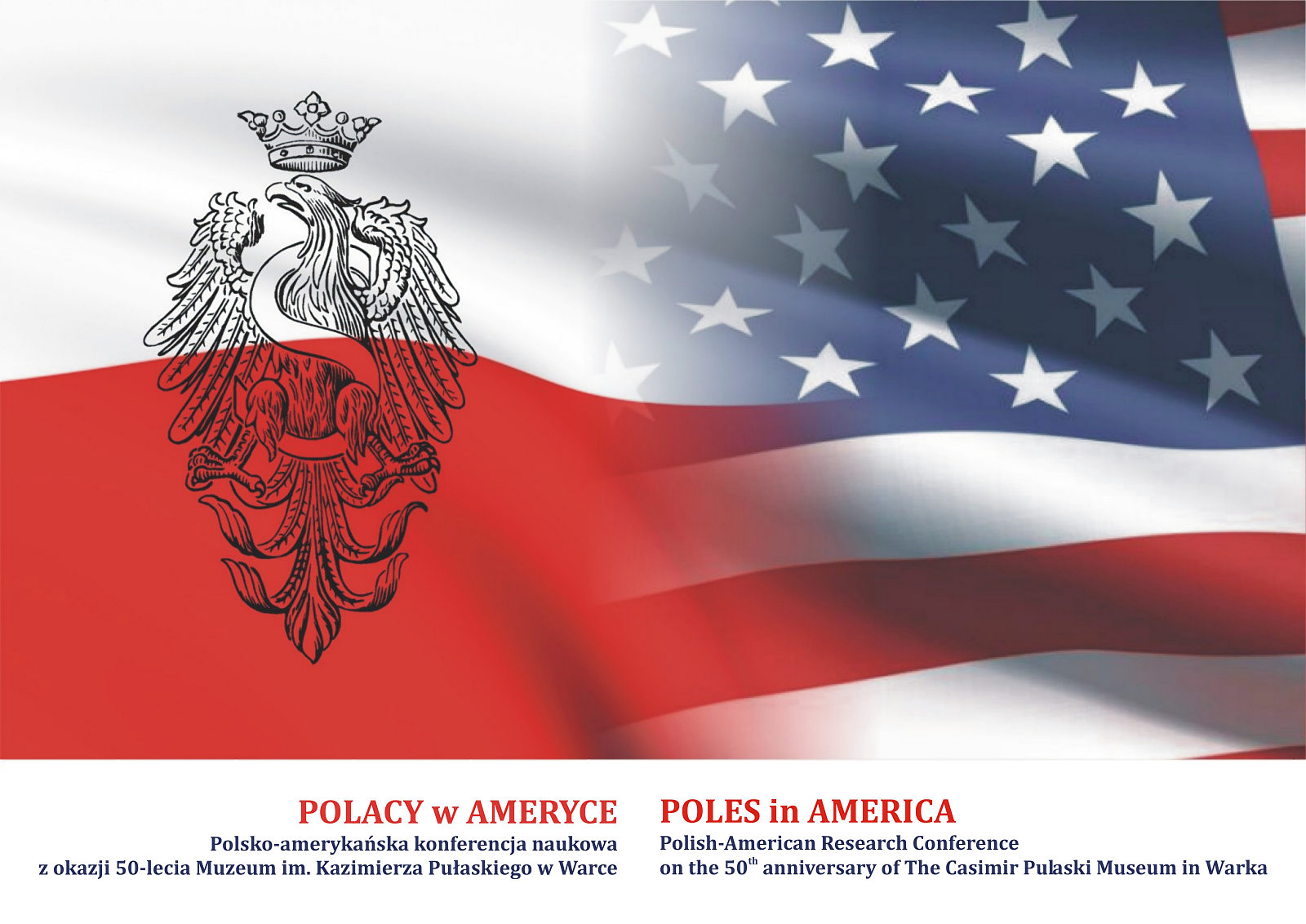 The Casimir Pulaski Museum would like to cordially invite speakers from Poland and the United States to give a presentation during our conference “POLES in AMERICA. Polish-American Research Conference on the 50th anniversary of The Casimir Pulaski Museum in Warka” (POLACY w Ameryce. Polsko-amerykanska konferencja naukowa z okazji 50-lecia Muzeum im. Kazimierza Pulaskiego w Warce) to be held on June 27 and 28, 2017.

The Museum is organizing the Conference together with the W.A.R.K.A. Association, in cooperation with The Kazimierz Pulaski University of Technology and Humanities in Radom. We have also partnered up with American Corner Radom for the event. The conference is supported by Polish-American organizations, such as The Polish American Congress, American Council for Polish Culture, Poles in America Foundation, and Polish Heritage Society of Philadelphia.

The Casimir Pulaski Museum in Warka opened 50 years ago, following years of campaigning from the Polish-American community and Warka town boosters. It has been cultivating the memory of distinguished representatives of the Polish community in the United States of America, conducting activities connected with holding exhibitions, doing research, and providing education on the subject.

The Conference aims at evoking the memory of Poles who played a significant role in the history of the United States and making the general public more familiar with the lives of those who are famous and those whose deeds remain to be discovered, yet whose contribution to history need not be forgotten by young Poles and Americans. These deserving expatriates left us with rich cultural heritage, which inspires both our nations. We hope that the proposed meeting in Warka will form an incentive to strengthen the relationship between our Museum and Polish-American institutions and organizations in the United States.

The deadline for submitting your registration form is June 5, 2017.

Speeches given during the Conference are going to be gathered to form a single publication, which is due by the end of 2017.

The Conference is subsidized by the Senate of the Republic of Poland, having won in the category of a public activity connected with the care for and protection of Poles and Polish communities abroad.

We hope to see you at the Conference

Honorary Patronage
over The Casimir Pulaski Museum 50th Anniversary Jubilee has been taken by:

The Conference is subsidized by the Senate of the Republic of Poland,
having won in the category of a public activity connected with the care for and protection of Poles and Polish
communities abroad.